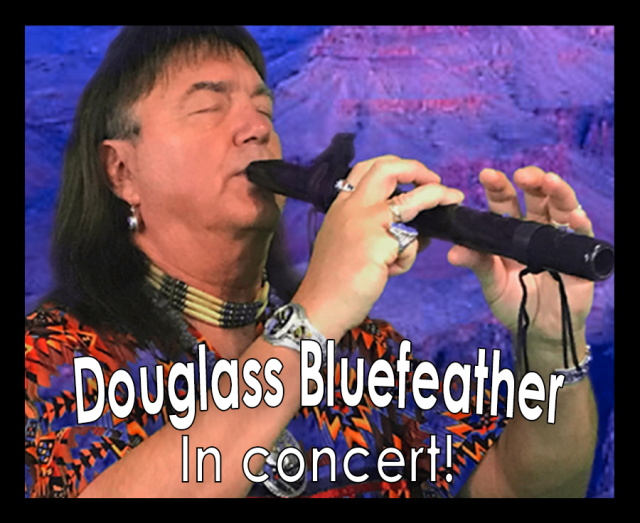 Douglas Blue Feather, Cherokee heritage & adopted Yankton Dakota Sioux, is an internationally known recording artist and performer of music featuring the Native American flute. Recognized as one of the most accomplished flutists of today, he has released 21 CDs which have been heard on radio and TV music channels worldwide.

The highlights of Doug's career include winning 11 national music awards, with over 60 various award nominations. He has been a voting member of the Grammys in the Producer's & Engineer's Wing since 2007