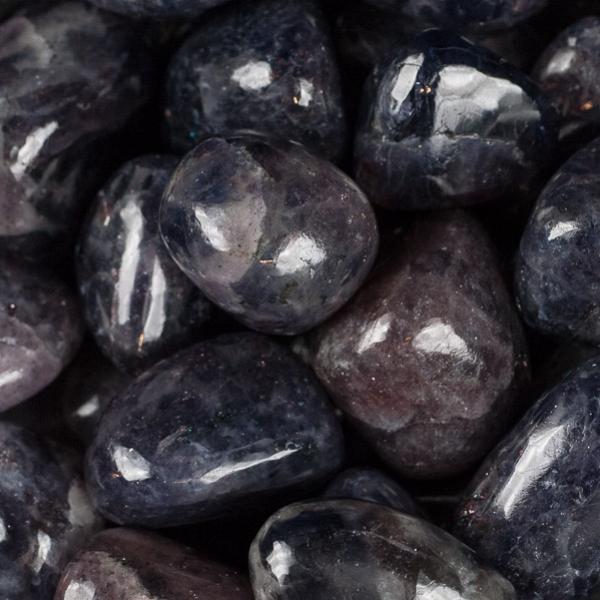 Iolite is also called the Viking Stone. It was said that it was used in thin sheets by the ancient Vikings as a "lens" to see during their ocean voyages, as the one of the world's first polarising filter, and is often known as the Viking stone.

Iolite is also an excellent stone for meditation and astral travel. It helps one grow spiritually in a gentle fashion. It is considered a very strong "Shaman" stone, and can stimulate clear psychic visions.

Iolite is also said to help build relationships. It can also enhance curiosity.

In the physical realm, iolite is used to help heal sore throat, varicose veins, respiratory system, liver, and blisters. Note that healing crystal meanings are spiritual supports to healing and are not prescriptions or healthcare information.

Iolite is said to be very helpful when dealing with addictions, including alcoholism. In crystal healing it is used to assist in detoxification, maintaining sobriety.

Iolite is primarily associated with the third eye chakra and to a lesser extent the crown chakra.