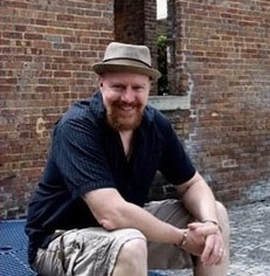 David Scott
Psychic Medium
Rev. David Scott recognized his abilities at a very early age.  However, he did not begin to embrace his mediumship until 2001.  Since then, David has recognized his gifts and has been ministering to others professionally as an intuitive medium since 2008. He feels drawn to tutor others with mediumship ability as well to assist them in using their gifts. In 2011, he launched his first mediumship workshop "The 5 C's of Mediumistic Discovery." David is also currently facilitating a monthly mediumship development circle in Fort Worth, Texas where he tutors students in their development.  In 2013 he launched his beginner's workshop, "Mediumship - Taking Your First Steps". David has appeared on several radio talk shows and in December, 2014 he made an appearance on the paranormal reality television series “The Dead Files Revisited” on the Travel Channel where he assisted with a follow up investigation. He has also appeared on television news here in the United States and internationally.

Rev. David is also a Certified Reiki practitioner and uses spiritual healing in his work.  He is also alumni of the Arthur Findlay College located in the United Kingdom where he has completed multiple courses in evidential mediumship as well as trance mediumship. The Arthur Findlay College is the world's foremost college for the advancement of Spiritualism and the Psychic Sciences. David is also a member of the Spiritualist's National Union in the United Kingdom. He also completed a Ministerial Bachelor's Degree in Holistic Ministry and Parapsychology at the American Institute of Holistic Theology.  As a result, he now works as an Interfaith Minister.
Watch: An Interview with David Scott!